ACTIVE FREIGHT SOLUTIONS is pleased to be able to provide you with an accurate and timely rate for the shipping of your goods.

Use the form below to send us all information pertinent to your shipment.

To insure a prompt and accurate rate, please provide us with all the following information:

A bill of lading (B/L) is used for sea shipment and is a certificate of ownership of goods. It must be produced at the port of final destination by the importer in order to claim goods. 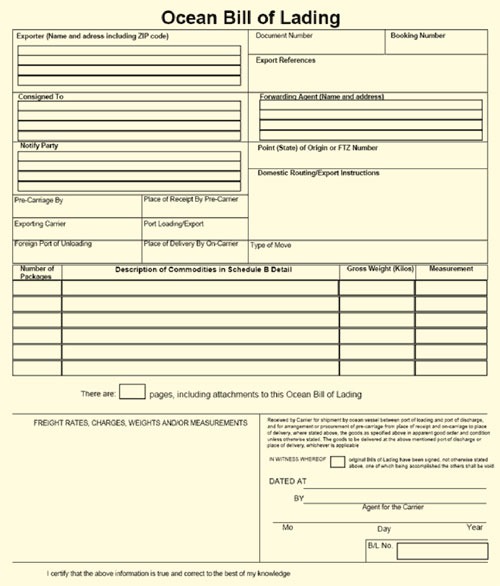 As a document of title, the bill of lading is also a negotiable document and you may sell the goods by endorsing or handing it over to another authorized party, even while the goods are still at sea.

Although negotiable bills of lading are in common use, some countries do not allow them or make it difficult fro them to be used. You have to be sure that a negotiable B/L is accepted in your country. Otherwise, a non-negotiable B/L is issued.

Active Freight Solutions has been formed to bridge an ever-widening gap in the Market Place between the Client (Consignee) and the Forwarding and Clearing Agents. Our objective is to evaluate the potential Clients shipping requirements and match it to that of a Clearing and Forwarding agent who would best fulfill their Needs and Expectations.